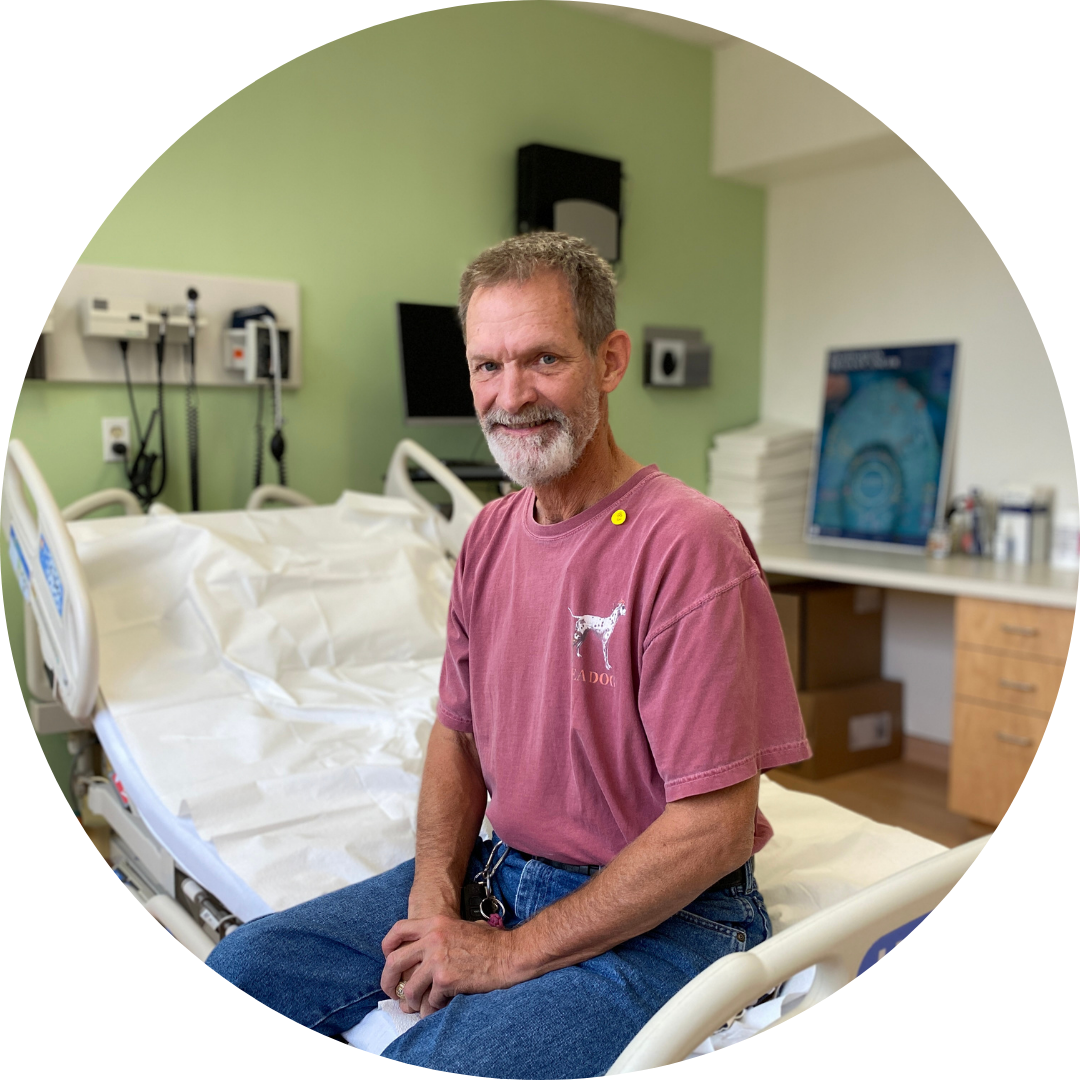 Colin Henry is attentive to details, and he knew in March of 2020 that something was not quite right when he began feeling pain in his midsection. Others began to notice as well. He became nauseated while working on a project, and his friend mentioned that he seemed ill. After another nudge from his sister who is a registered nurse, Colin decided it was time for medical attention.  July 4th, 2020, he visited with his doctor who laid out two possible issues, “He thought it was either diverticulitis or pancreatic cancer.” By August of 2020, his bloodwork returned with the answer: Adrenal carcinoma.

Colin’s oncologist, Minal Barve, M.D., started him on the path of standard of care treatment. He began broad spectrum chemo in September 2020 and completed 16 radiation treatments. Throughout treatment, his pain level was rising and the cancer was progressing. In September, he began to throw up blood was scheduled for surgery. “We knew we had to stop the bleeding, or I’d be dead.”

Colin had the first surgery in January of 2021 to perform a variceal embolization, and the second surgery one week later to put a stunt in the splenic artery to stop the blood flow causing the bleeding in his stomach. Once the bleeding had been curtailed, it was time for a new approach to treatment.

Dr. Barve had begun the process of genomic testing and found that Colin was a fit for a clinical trial at Mary Crowley Cancer Research where she serves as Executive Medical Director. On February 28, 2021, Colin began treatment on trial 20-26. This trial evaluates multiple therapies that are selected using somatic alterations and potential predictive biomarkers identified via next-generation sequencing assays in patients with solid tumors. Atezolizumab, the drug administered, is a cancer immunotherapy drug that can help reactivate the immune system so it will recognize cancer cells in the body.

Since his trial began, Colin has experienced a decrease in his pain level, an improved quality of life, and a decrease in tumor size. “I started getting better every day. My immune system came alive and saw the cancer and started working on it.” He has found it to be a much easier experience than his original standard of care therapies and has been impressed with the team at Mary Crowley. “I’m really pleased with the doctors I’ve worked with, and the staff has been professional across the board.” Dr. Barve holds a special distinction as he says, “she was instrumental in seeking the next step of qualifying for a clinical trial.”

Colin is now getting back to what he enjoys most, like working at his surveying business and taking up his hobbies again of fishing, hunting, and walking his 5 dogs. Colin has also taken a keen interest in the genomic testing that led him to this point. His family has ties to that part of the process as his wife Lisa has long worked in the field, “she’s been on the forefront for the last 30 years doing genomic research.”

As Colin moves forward in his clinical trial and his cancer journey, two things keep him feeling positive: his faith, and the knowledge that he is doing good for cancer patients in the future. “I can do this for not only myself but for the future. If there’s something to be gained, learned, or implemented in God’s greater plan, then I hope I get to be part of it.” 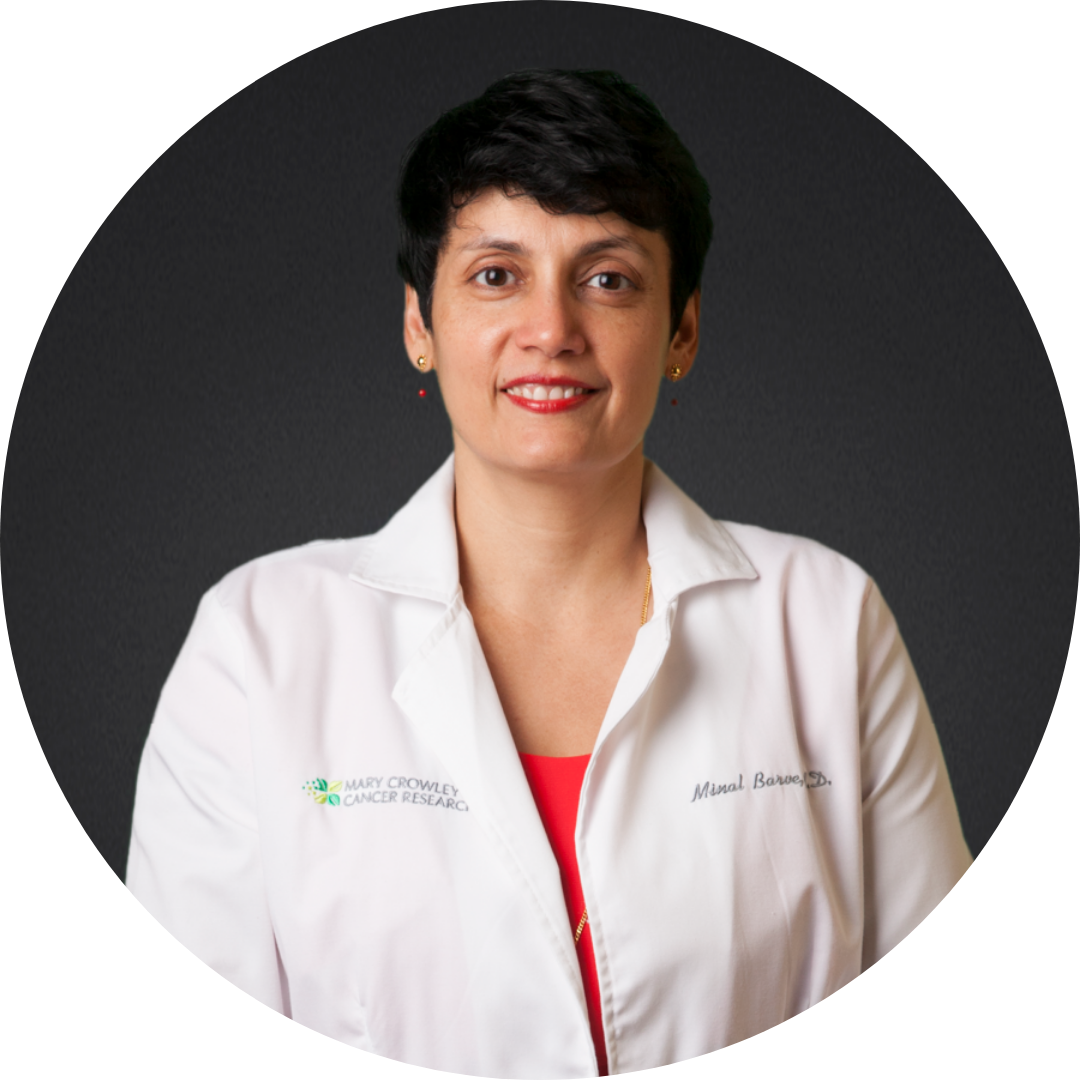 Executive Medical Director, Minal Barve, M.D., contributed to a new publication, “First-in-Human Phase I/IB Dose-Finding Study of Adagrasib (MRTX849) in Patients With Advanced KRASG12C Solid Tumors (KRYSTAL-1).” Read below for a summary and conclusion of the results of this study performed in part at Mary Crowley Cancer Research.
-----

Click here for the full publication, authorship, and findings. 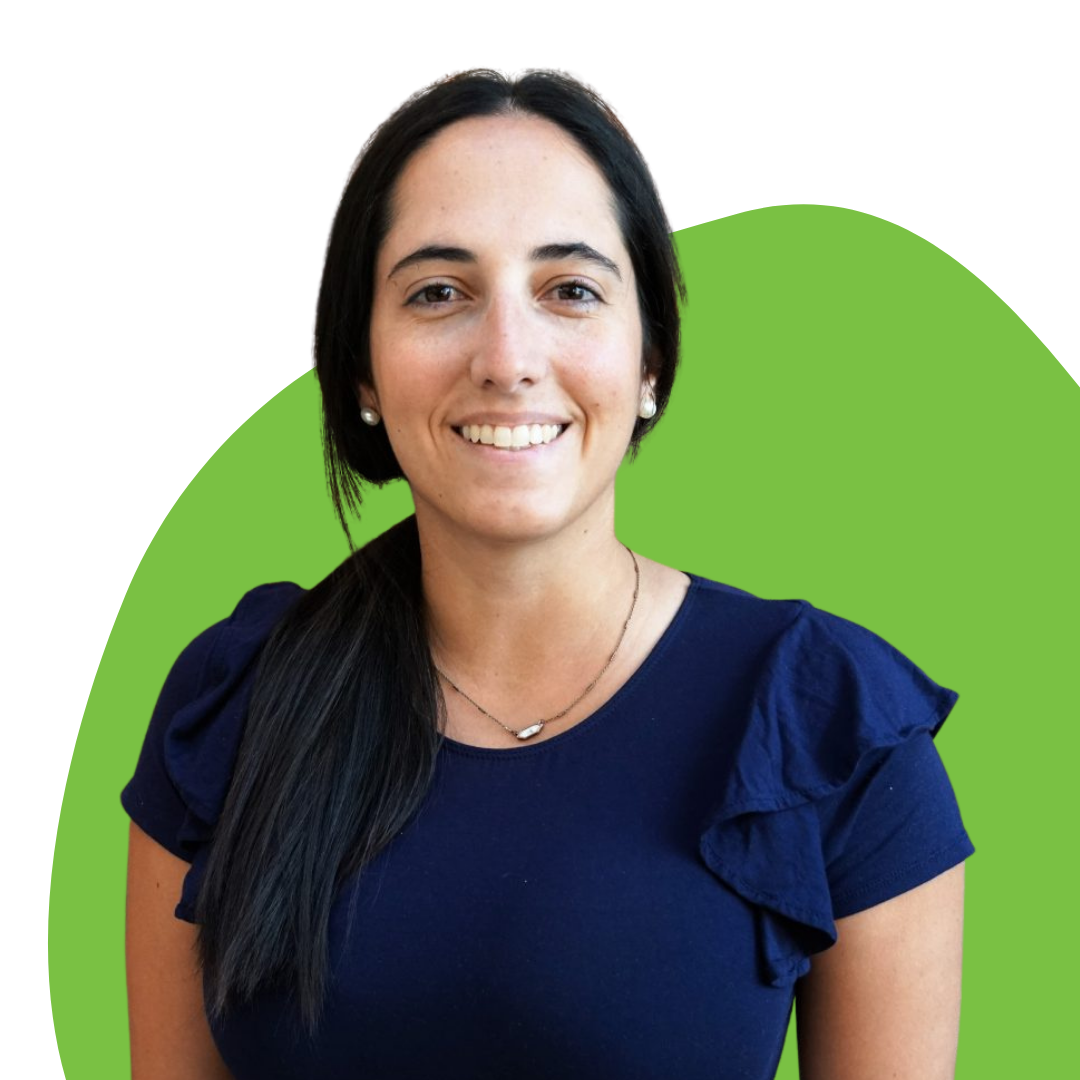 If you are going through chemotherapy, radiation therapy, immunotherapy, hormone therapy, or surgery, it is extremely important to use food not only as a tool for maintaining your weight and nutrition status, but also to minimize the side effects of cancer treatment.

Adequate protein and calorie intake during treatment play a significant role in helping people with cancer meet their increased nutritional needs for healing and preventing weight loss. Poor nutrition status can sometimes lead to poor tolerance to treatment and delays in infusion or even surgery.

How much or what you need to eat during treatment depends on what your nutrition status was before diagnosis, the type of cancer you have, and the type of treatment you are receiving. For the most part, it is recommended that people with cancer eat a high-calorie and high-protein diet. One tip I share with my patients is to make sure that whatever they put into their bodies is giving them some kind of nutritional value and nourishing them. For example, it is better to choose a blended vegetable/chicken soup instead of chicken broth.

Homemade smoothies or store-bought protein shakes are a great way to include more protein and calories by adding them as snacks or in between meals. However, this can be hard when you are experiencing side effects like nausea, vomiting, diarrhea, early satiety, poor appetite, or fatigue. Another tip I share with my patients is, instead of eating 2-3 big meals a day, try eating 5-6 small, snack-like meals throughout your day.

Following the extensive medical advice that surrounds cancer treatment can become overwhelming, but a Registered Dietitian can help you and your family or support system figure out a schedule that works for you and recommend a meal pattern that meets your nutrition needs.

Find out more about Isabella by visiting dohertynutrition.com 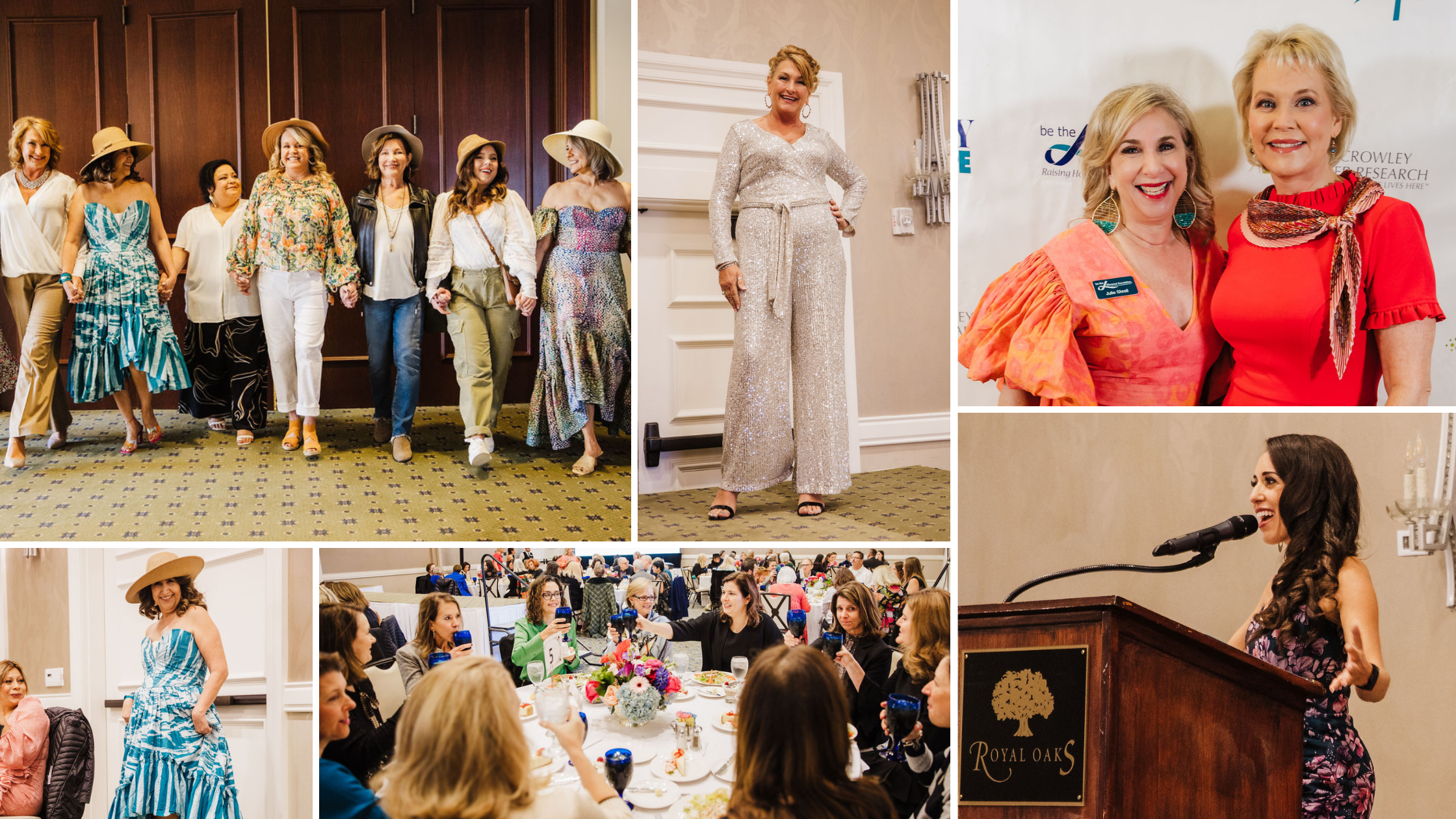 Thank you and congratulations to our partners at the Be the Difference Foundation for a successful third annual Runway for Hope fashion show benefitting Mary Crowley! This year, the event was co-chaired by Julie Shrell and Dr. Lisa Genecov and raised over $60,000 to open even more clinical trials for ovarian cancer patients here in North Texas. Distinguished guests enjoyed an afternoon of entertainment featuring a runway fashion show, lunch, and opportunities to shop vendors Designs by Sarina and The Write Invite. Guests participated in a raffle featuring items from Modern MedSpa, Frieda Rothman, Burberry, and Jeff Rasansky. The fashion show featured ovarian cancer patients and survivors modeling fashions and make up from Nordstrom Galleria, and hair styling was provided by salon 33 ELEVEN. Sonia Azad, WFAA’s Health & Wellness reporter, served as the event emcee with Martha Astorga from Nordstrom. 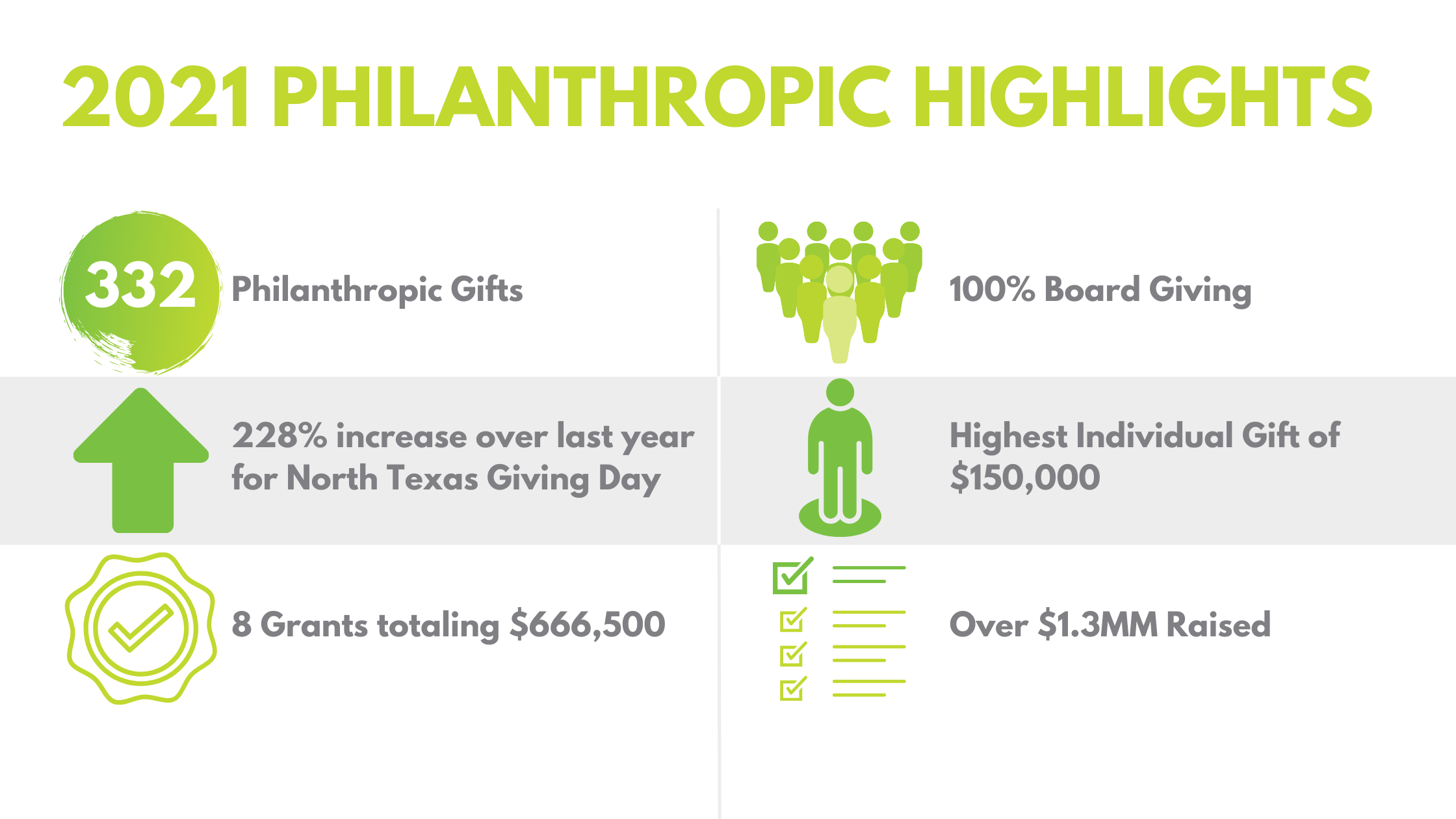 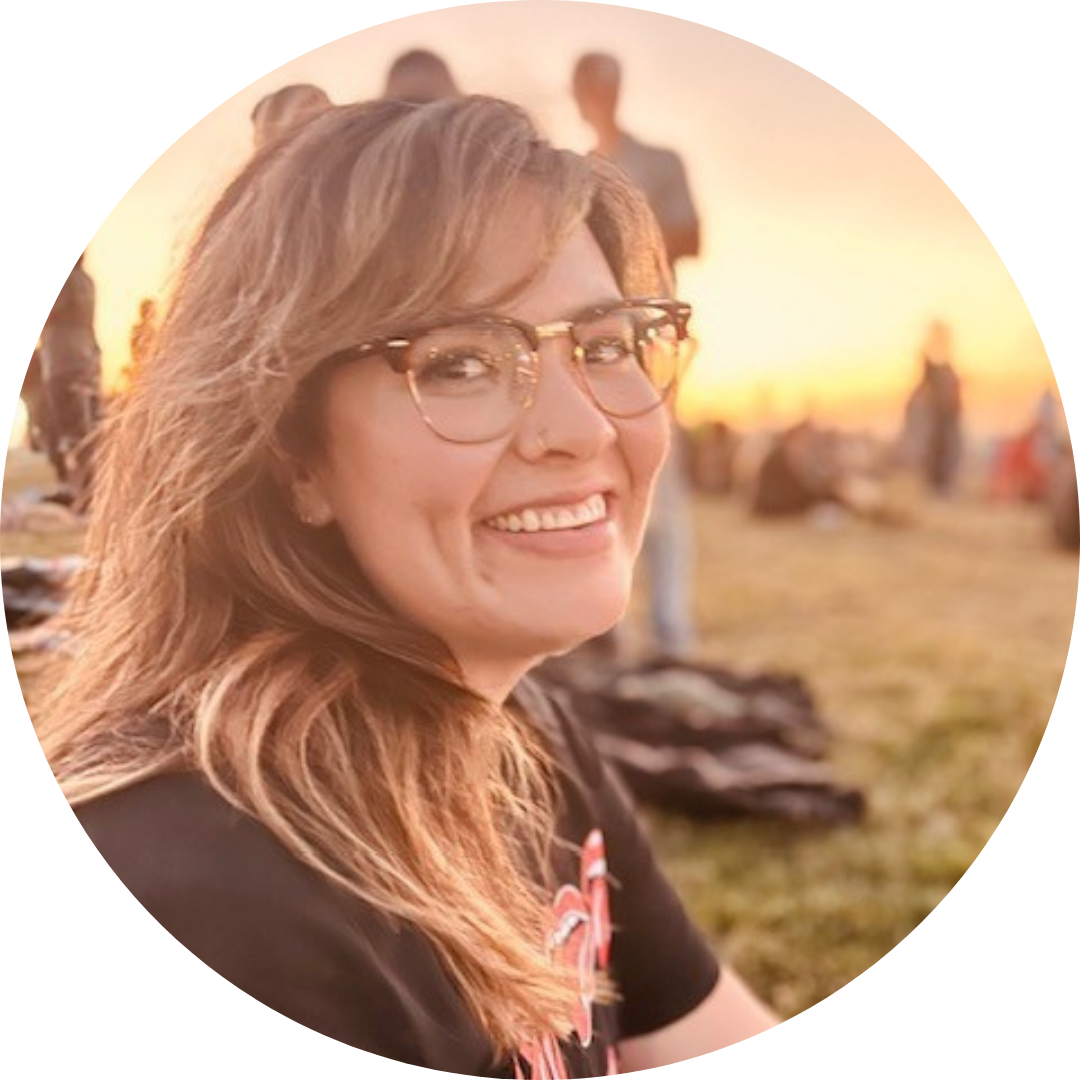