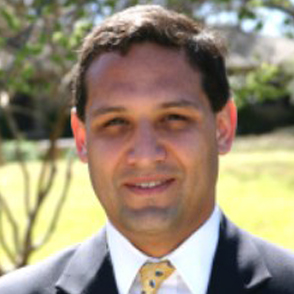 Edwin Flores received his undergraduate degree in Microbiology, his PhD in Molecular Immunology and subsequently earned his J.D. in 1996 from the University of Texas of Austin. Thereafter, he was admitted to the State Bar of Texas and the United States Patent and Trademark Office of the Federal District Court for the Northern District of Texas. He was appointed to serve from 2006-2009 on the NIH-NIGMS Advisory Council, National Institute of General Medical Sciences of the National Institutes of Health; from 2008 to the present, he is serving on the NIH Council of Councils for the Office of Portfolio Analysis and Strategic Initiatives (OPASI) National Institutes of Health.

Dr. Flores currently serves on the Dallas Independent School District Board; as a member of the Board of Trustees of Medical City Hospital and a Trustee of the Executive Committee of the Perot Museum of Nature and Science. His community involvement is extensive, including associations with the Southern Methodist University Tate Lecture Series, Good Shepherd Episcopal School, and the Dallas Historical Society.