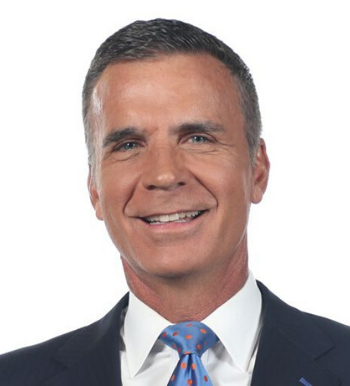 Steve Eagar is an Emmy Award-winning reporter and the evening news anchor for Fox 4 News in Dallas since 1995.  In the summer of 2019, Steve had a very personal encounter with the Executive Medical Director of Mary Crowley Cancer Research, Dr. Ashley Ross.  Dr. Ross performed the Fusion Biopsy that located and identified Steve’s Prostate Cancer. That encounter and the delivery of the cancer news instantly changed his life.  And so began a very personal journey to understand Prostate Cancer, understand HIS Prostate Cancer and determine the best course of treatment and the best doctor to do it.  Ten weeks later Dr. Ross preformed a Da Vinci Robotic Prostatectomy.  Steve was frustrated by the fact that this very same personal challenge facing so many men, is not more widely discussed between men. Unfortunately, the men who know the most and have the most to share, those who have had Prostate cancer… are often reticent to tell such a personal story about the fight, the recovery and the challenges. So Steve shared his story with viewers and the station's social media followers. He continues to advise and counsel anyone who has a question as they wade into the same unknown he did. Steve says he finds that very rewarding.

Steve’s early life was focused on sports, eventually earning a baseball scholarship to Brigham Young University. He was drafted three times by major league baseball teams; the Cincinnati Reds, the San Francisco Giants, and finally the Detroit Tigers with whom he signed a contract and played three seasons in the Tiger’s minor league system. After baseball, Steve returned to BYU and completed his communications degree with an emphasis on Broadcast News. First working in Yuma, Arizona, Las Vegas, Nevada, and Salt Lake City, Utah before arriving at Fox 4 .

Steve is married to Michele, they have three adult children and four grandchildren.