Mary Crowley Cancer Research is grateful for the support of numerous organizations that join us in the fight against cancer.

Our ability to serve more patients is made possible by our valuable Community Partners:

Be the Difference Fundraising Event

Allison’s HOPE is based in Edwardsville, Ill, and was established to honor the final wish of Allison Cassens to raise money for cancer research. Years later, her father Allen Cassens was also diagnosed with cancer and became a patient at Mary Crowley. Since 2004, Allison’s HOPE has generously raised over $1 million dollars for Mary Crowley through a series of annual events, including the Golf Outing, HOPE Gala, and the Haul HOPE transport fleet.

Mary Crowley is grateful to Allison’s HOPE for their ongoing support that enables the advancement of new treatments for cancer patients.

Be the Difference Foundation

Be the Difference holds its annual indoor cycling fundraiser Wheel to Survive in various cities all over the country, the funds of which are used to support clinical trials for cancer patients at Mary Crowley.

The Colorectal Cancer Alliance was founded in 1999 by a group of 41 survivors, caregivers and friends who saw the need to educate the public about colorectal cancer and provide support to those affected by the disease. Since then, the organization has grown to be the nation's oldest and largest nonprofit dedicated to the disease, helping nearly 1.5 million patients and families every year.

The Colorectal Cancer Alliance's mission is simple: to knock colorectal cancer out of the top three cancer killers. The organization is doing this by championing prevention, funding cutting-edge research, and providing the highest quality patient support services.

The Colorectal Cancer Alliance hosts the annual Undy Run/Walk in 20 US cities, and Mary Crowley has been a beneficiary of the Dallas/Ft. Worth event since 2009. 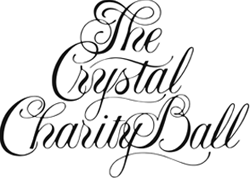 Since 1952, the purpose of The Crystal Charity Ball has been to aid, support and make contributions to children's charities in Dallas County. During that time they have given over $130,212,558 to 150 nonprofit organizations that are improving the lives of children. In 2015, The Crystal Charity Ball selected Mary Crowley’s innovative Ewing sarcoma Program to receive a grant of $500,000. This gift helped accelerate Mary Crowley’s cancer research program for adolescent and young adult cancer patients. Because large pharmaceutical companies see pediatrics as a small market potential for cancer drug development, the pediatric population is currently lacking new innovative treatment options. This funding will help drive that research development to the forefront, initially to Ewing sarcoma patients who have exhausted all other treatment options.

Founded in 1927, the Million Dollar Round Table, The Premier Association of Financial Professionals®, is a global, independent association of more than 43,000 of the world’s leading life insurance and financial services professionals from more than 500 companies in 67 countries. MDRT members demonstrate exceptional professional knowledge, strict ethical conduct and outstanding client service. MDRT membership is recognized internationally as the standard of excellence in the life insurance and financial services business. 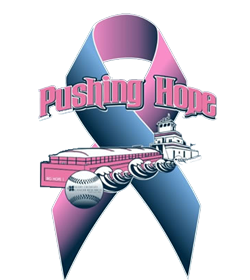 In 2012, Ceres Consulting LLC and its affiliate Ceres Barge Line launched BIG HOPE 1 as a signature pink barge to raise cancer awareness within the barge and towing industry. Because Ceres’ founders and employees had been so impacted by cancer, they wanted their donations to go directly to cancer patients in need of newer experimental options. After thorough research of different organizations, Mary Crowley Cancer Research was selected as the beneficiary of their program. With the ongoing generosity of the inland marine industry, the body of cancer research has advanced, and hundreds of patients at Mary Crowley have been able to receive the newest cutting-edge cancer therapies.

In the mid-1980’s, Consolidated Grain & Barge (CGB) established an annual softball tournament for marine industry employees in the greater St. Louis area. The tradition continued through the years, and from 1999-2015, AEP River Ops organized what became a series of annual events including a seafood boil and golf, softball and kickball tournaments. In 2015, Ceres Consulting LLC stepped up to the plate to coordinate the 2016 events, with American Commercial Barge Line’s assistance as a major sponsor. The charity tournament now boasts a fresh name: Pushing HOPE Annual Marine Industry Charity Tournament. The tournament, in conjunction with inland river barge BIG HOPE 1, continues to support Mary Crowley.

Founded by the family of Mary Crowley patient Carley Rutledge, the Rutledge Cancer Foundation exists to bring awareness and attention to the over one million adolescents and young adults with cancer. Cancer is the leading cause of non-accidental death in adolescents and young adults and has increased over 50% over the last 30 years. The Rutledge Cancer Foundation supports education and early detection, meeting the unique needs of adolescents and young adults with cancer and advancing research that leads to new treatments to improve the care, quality of life, and long term survival of the millions of young adults with cancer. Since 2013, The Rutledge Cancer Foundation has generously supported Mary Crowley’s Pediatric Research Program in Ewing sarcoma, helping to bring new innovative treatments to patients who have so few options. 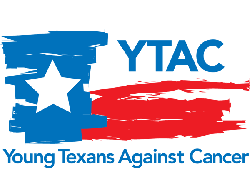 In January 2008, the Dallas Chapter of Young Texans Against Cancer (YTAC) was established by a group of young professionals who all had one thing in common: Cancer. Some had personally battled cancer, while others had witnessed loved ones struggling with the disease. Inspired by these struggles, they created YTAC to increase cancer awareness among the generation of 22-45 year olds.

Since its inception, YTAC Dallas has raised over $1 million in support of the fight against cancer through its popular and successful events: STRUT Fashion Show, honoring survivors; Young Texans Race Against Cancer 5K Run; Chili Cook Off For a Cure; Bubbly-Q and Drive Cancer Away Golf Tournament. Mary Crowley is grateful to have been a YTAC beneficiary beginning in 2010.