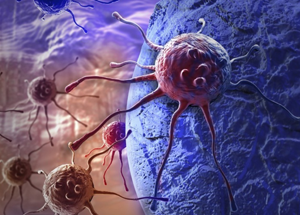 How Cancer Will Affect Americans in 2016

Here's the good news about cancer in America: More people than ever are surviving it. The cancer death rate has dropped by nearly 25 percent since its peak in 1991, thanks in part to declines in smoking, advances in prevention and detection and improved treatments.

And yet, as new statistics released Thursday by the American Cancer Society show, cancer remains a complex, confounding and pervasive problem throughout the United States. Heart disease remains the leading cause of death in the nation, responsible for nearly 600,000 deaths each year, but cancer comes in a close second. In nearly two dozen states, significant drops in death from heart disease have made cancer the top killer.

Dallas, TX – Mary Crowley Cancer Research “teams up” with the Dallas Stars Foundation to fight cancer. Each October, the Dallas Stars Hockey Team partners with Dallas-area cancer-fighting organizations to raise funds for cancer research and support programs at the annual Hockey Fights Cancer event. Mary Crowley Cancer Research has been selected as a beneficiary for the sixth year in a row.

As part of the celebration, Joey Carter, grandson of founder Mary Crowley, invited patients and their families to sit in his luxury box. Twelve Mary Crowley patients and family members enjoyed an evening of camaraderie and FUN while cheering for the Dallas Stars. They were joined by Mary Crowley Patient Research Center nurses, Morgan Trotter and Melissa Griffis.

A portion of ticket sales from the Florida Panthers vs. Dallas Stars hockey game on Saturday, October 24, will go to Mary Crowley Cancer Research. All members of the Dallas Stars coaching staff wore Hockey Fights Cancer neckties during the game, and Dallas Stars players wore lavender jerseys during warmups. The ties and jerseys are being auctioned, and proceeds will be donated to Mary Crowley and other beneficiaries. 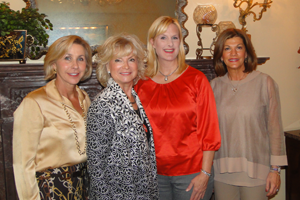 Mary Crowley patient Kimberly Hinshaw encouraged guests with her story of victory over metastatic (or stage 4) Melanoma. Hinshaw was one of the patients who received the newly-approved T-VAC medication, and she credits Mary Crowley’s Phase II clinical trial with saving her life. “I am alive today because of Mary Crowley,” Hinshaw shared. 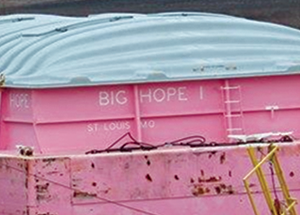 The Illinois River is 1,118 miles long and Beardstown sits on mile 88 of the river.

Barges can transport many different types of cargo, both dry and liquid. Dry cargo are products such as grain, fertilizers, stone, sand and coal. Liq­uid cargo might include petroleum, oils, and other chemicals. The Illinois River is typically used for dry cargo. Most of the barge fleet in the U.S. provides for 85 percent of dry cargo. The Illinois and Mississippi rivers provide families with economic stability by providing over 400,000 jobs.

In April of last year, Kimberly Hinshaw felt a small, pea­sized bump on her thigh. It didn’t hurt and she says if she hadn’t been applying lotion she probably never would have noticed it. But, the tiny bump caught her attention again a few days later when it was noticeably larger. “A few days later, I felt the exact same bump, on my upper arm,” recalls Hinshaw. “Then, I knew something was dramatically wrong.” 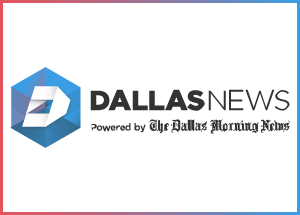 Mike Hernandez did well for himself and his family. He retired to his home in Coppell at 47 after a career with Lucent Technologies. Five years later, though, doctors found cancer in his throat. Surgery to remove the tumor did some damage to his vocal cords. Then the cancer spread to his lymph nodes.

Hernandez participated in a clinical trial at M.D. Anderson Cancer Center in Houston. When the trial ended, he was offered a shot at a second one, but he would need to put up $40,000.He turned it down.