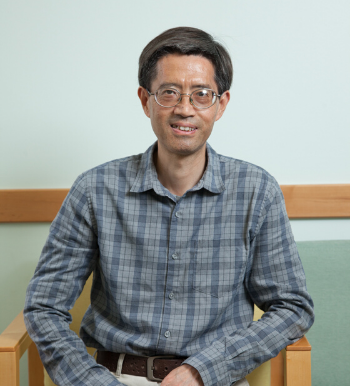 Delin Zhong was visiting China in April of 2015 when a blockage in the intestinal area sent him to the emergency room. They quickly scheduled him for surgery during which they found a tumor and soon discovered it was early-stage colon cancer.  The news surprised Delin and his wife, but the medical response was immediate. They began three chemotherapy treatments before the Zhongs returned home.

Chemotherapy continued stateside from April to October of 2015 and for a while, Delin experienced improvement. He later recurred and began treatment at a larger cancer center with another round of chemotherapy from May – October of 2018 as well as targeted therapy in August of that year.

Not seeing much change, his doctors referred him to Mary Crowley Cancer Research in February of 2019 and Delin started trial 18-06, a combination of 3 drugs. Two that have been approved by the FDA — an immunotherapy and a chemotherapy — and one that is an investigational drug targeting a protein called STAT3 which regulates the RNA in humans.

After 8 months, his cancer has been controlled with no increase. He is thrilled with the care he is receiving and the team at Mary Crowley saying, “thanks to EVERYONE. The doctors and nurses are doing their best to save my life. I am so moved. I really appreciate it!”

Originally from the southwestern part of China, Delin relocated to Plano in 2000 with his wife and son. He has been working for the same company for 18 years as an engineer. He’s thankful that his company has been flexible with him and has continued working throughout his treatment. “I’m still working full time and feeling much better. On this therapy, I feel more hopeful, more alive. Before I felt so tired. Now, I feel optimistic.”

Delin continues to do well on his trial and looks to the future with HOPE!