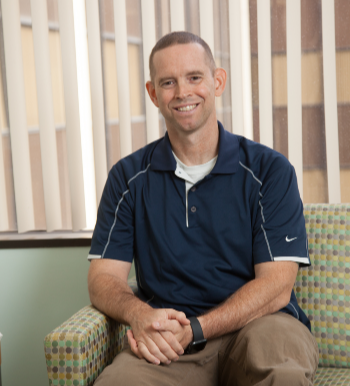 In October of 2016, Marcus Wiggins was looking forward to a day of doing his favorite thing – bass fishing at Grapevine Lake when he literally fell into his boat breaking his left leg above the knee. Stubborn as he was, he decided to drive himself to Denton Presbyterian Hospital. In the process of x-raying, doctors discovered that he had a 6mm osteogenic sarcoma tumor in his leg and sent him to Dallas Presbyterian hospital for further treatment.

Marcus endured 4 rounds of Adriamycin/Cisplatin chemotherapy, followed by limb salvage surgery for the cancer in January 2017 and another 6 rounds of chemotherapy. In November of 2017, Marcus noticed pain and lumps in his leg. After an MRI, his doctor informed him that his leg needed to be amputated, which was performed January 23, 2018. Fast forward to August 2018, getting up out of a chair Marcus broke his right femur 3 inches below the hip joint due to osteosarcoma. Having been in Las Vegas for a conference, he was able to make it back to Dallas the next day with the help of a few co-workers to have a femur replacement surgery where they cut 6 inches of femur off and replaced it with metal. Lung tumors were also discovered and the doctor gave Marcus 20–30% chance to live.

In October 2018, Marcus came to Mary Crowley. He is currently on a trial receiving an investigational drug that shows potent anti-tumor activity along with an immunotherapy drug. Marcus was seen by Dr. James Strauss, Dr. Minal Barve, and Dr. Jairo Olivares at Mary Crowley. He said they “thought outside the box” and if was not for Mary Crowley, Texas Oncologist Dr. Bijal Modi, and Greater Dallas Orthopedic surgeon Dr. Cyrus Abbaschian, he would not be here today.

His most recent CT scan shows an overall decrease of tumors. Side effects from the drugs are minimal and have allowed him to continue a high quality of life with his family.

Marcus is a 43-year-old retired Air Force veteran of 20 years and fulltime Aircraft Maintenance Support Engineer with Lockheed Martin Corporation. He is married to Jackie, who is a teacher at Medlin Middle School in Trophy Club, Texas, and has two children. A lover of animals, Marcus has three dogs – Annie who is a 10-year-old purebred mini-poodle rescue from Las Vegas, Rosko, a 9-year-old half poodle and half Jack Russell terrier rescue from Los Angeles, and Zekie - a 5-year-old Schnauzer mix rescue from Dallas.

Marcus has what he calls “his three F’s” in life – Faith, Family and Friends and is an active member of GracePointe Church in Denton. He loves all of the staff at Mary Crowley Cancer Research and the staff love him as well.

Marcus lives by the saying “When worry ends, faith begins”.