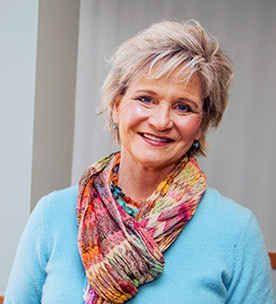 "My cancer journey began in May 2007 when I was first diagnosed with Stage IIIA uterine cancer. A radical hysterectomy, followed by several months of daily radiation and several weeks of chemotherapy were administered after my surgery.  In November of the same year, I experienced a ruptured appendix and then in January of 2008 a portion of my colon was removed, all due to the hypersensitivity I have to chemo and radiation therapy and the harsh chemicals that had weakened my body.

My life returned to a somewhat typical pace and I was able to return to a regular teaching schedule where I strive to meet the demanding, but rewarding satisfaction of touching the lives of elementary students. Unfortunately, several years later the cancer returned. It seemed to respond to chemotherapy at first, but then I suffered a terrible reaction. Meanwhile my liver tumor continued to grow by 60%. Local doctors refused to operate on my liver or to find a surgeon, stating they had “hit a brick wall,” and that surgery was not an option for me. I refused to accept their refusal, and through dear friends found a surgeon in Dallas who agreed to remove 60% of my liver. Because of sheer determination, I quickly recovered from the surgery and returned to teaching and daily work out routines. Scans revealed that my cancer continued to occur in my peritoneum and lungs. For several months, beginning in January 2015, medications were prescribed by my doctor in Dallas to try and kill the cancer cells, complying with my wishes to please use any method of treatment other than chemotherapy.

Anxiously and persistently pursuing a cure for my cancer, I learned about Mary Crowley through a dear friend who convinced me to let Mary Crowley order a molecular profile report of my cancer. The molecular study revealed that I had 20 genetic mutations. Dr. Barve at Mary Crowley recommended an immunotherapy clinical trial, which my doctor in Dallas advised me to join because of the great results from this particular type of drug. Thanks to her encouragement, the aid of my friend and to the superb staff at Mary Crowley, I can HONESTLY say that I am grateful for this second chance.  One must be adamant about seeking second and third opinions when dealing with cancer.

I would like to share that after beginning immunotherapy treatment at Mary Crowley in October 2015, the tumor in my peritoneum has shrunk 42% and there is only a haze where it was in my lung! My response has been amazing and I am astounded at the return of energy I feel, the color back in my face and my general appearance is that of wellness. Mary Crowley is phenomenal! For your sake, the future of a cure for cancer and your family... continue to FIGHT until you have explored every option."

Margaret was in the hospital welcoming her newborn grandson when Dr. John Nemunaitis called to tell her that her latest PET scan revealed a CR or COMPLETE RESPONSE… NO EVIDENCE OF CANCER.  Margaret says, “It was a feeling of sheer JOY when I heard the news, a double celebration of NEW LIFE -- my precious new grandbaby and NO MORE CANCER!” We are celebrating with you, Margaret!