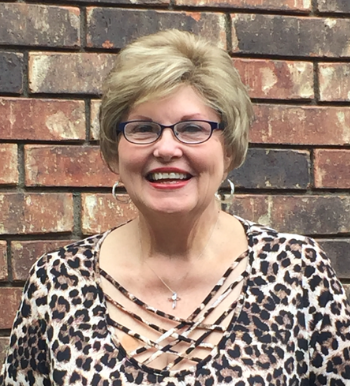 Sandra Peeples was 10 years into enjoying her retirement from teaching when a visit with her family in East Texas took a distressing turn. She awoke with a strange pain in her lower abdomen that wouldn’t go away. “Meme is always very active, and my grandkids realized she was not herself,” she remembers.

She made an appointment with her gastrologist when she returned to Dallas the next week. They promptly scheduled a CT scan suspecting colitis, “and there it was. A big mass on my ovaries.” It was June of 2015, and Sandra was diagnosed with stage 3C aggressive ovarian cancer.

She was referred to oncologist Bruce Fine, M.D., at Medical City, and just one week after her diagnosis, she was in surgery. She spent 12 days in the hospital and started chemo three weeks later. Around nine months after her initial treatment, her CA 125 began to rise, and they found the cancer had spread to her abdomen. She started a different chemotherapy regimen, which again worked well for around nine months when her doctor expressed that it might be time to try something new.

She decided to try a therapy regimen that was proving successful from a center based in Houston. Before she could even begin, they called to let her know that her CA 125 levels were rising rapidly and had shot up to over 1000. Once on the plan, that level dropped dramatically, leaving both her and Dr. Fine elated.

Unfortunately, the excitement was short-lived. In the Fall of 2019, her levels began to rise again. Having explored so many options, Dr. Fine was hesitant to return to the same treatments. She recalls him saying, “Sandy, you’ve had so much chemo that I’m afraid if I give it to you next time, you might die.” Sandra asked, “If I don’t do anything, how many months do I have?” to which Dr. Fine responded, “Two.”

He suggested a new route, a clinical trial at Mary Crowley Cancer Research. She was interested but wanted to hear some success stories first, and Dr. Fine instantly recalled a patient whose life was extended for five years after a trial at Mary Crowley. With that, she was ready.

After a swift referral and screening process, Sandra began Trial #18-23, a combination immunotherapy trial targeting advanced and recurrent solid tumors. Her CA 125 levels steadily dropped and have remained more stable than in the past. She has also been enjoying a higher quality of life with few side effects, “I feel great!” Before the pandemic, her sister Joyce accompanied her to appointments, and now her husband Joe joins her for each one. Joe and Sandra have been impressed with the additional safety measures put in place in response to COVID-19. “Everybody has a mask on. Everybody is 6 feet away. You feel very safe.”

In addition, Sandra has grown close to the staff and medical team at Mary Crowley. She’s been thrilled with her treatment and cannot stop singing their praises, “Everybody, from the receptionist to the people that work with you, is just so kind and caring. It’s a very loving place.”

When Trial #18-23 closed, the doctors at Mary Crowley had another option lined up for her in 19-07, a combination trial targeting advanced solid tumors that she has begun.

While the pandemic has meant a quieter lifestyle, she’s still able to enjoy distanced visits and regular FaceTime calls with family, friends, and her treasured grandchildren and great-grandchild. Even in a tough year, she finds reasons to celebrate saying, “I have a wonderful support group. You have to. And I have God!”

Sandra Peeples has shown immense strength throughout her cancer journey and is looking to her future with HOPE!