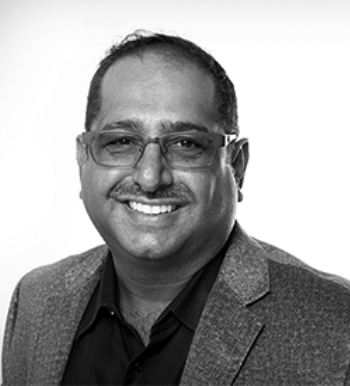 Adil Adi is an entrepreneur and venture capitalist. Adil serves as the Principal of his eponymous Family Office and the Executive Chairman of WorldLink, a company he founded in 1998.

Adi was born in Bombay, India and received recognition as a prominent junior cricket player. He began his first company as a teenager, selling military-grade brackets for batteries to companies in India. He later earned a diploma in Production Engineering from the University of Bombay before traveling to the United States to pursue his MBA from Phillips University. Within a few months of arriving in the United States, Adil lost his mother to breast cancer and father to cardiac arrest. Adil worked several jobs to pay for his education. Following the completion of his graduate studies, Adil moved to Dallas to begin work as an engineer.

Adi began his career as an engineer for Technical Advisors in Dallas, Texas. While working as an engineer, he formed the idea for WorldLink to address the talent gap for engineering.  Under Adil’s leadership, WorldLink has grown from 1 employee to over 1,200 in offices throughout the world. WorldLink’s recognition from Inc., Deloitte, and others can be attributed to its Cloud & Data/Analytics Consulting, Talent Solutions, and Managed Services to some of the world’s largest corporations. WorldLink partners with leading start-ups to bring the most cutting-edge technology to its clients, and is constantly vetting and incorporating next-generation solutions. To combine his track record of innovating with his passion for extending quality of life, Adil is supporting game-changing ideas and entrepreneurs using technology to create measurable impact in health sciences. His strong mission and vast network from Government Leaders in areas of need to leading Silicon Valley VCs have enabled Adil a valuable platform to create paradigm shifts at the intersection of health sciences and technology. As recognition for his WorldLink vision, Adil was a 2016 Finalist for Ernst & Young’s Entrepreneur of the Year Award in the Southwest region.

In May 2017, Adi announced that he would be taking a step back as Chief Executive Officer of WorldLink to take the role of Executive Chairman. This move allowed him to focus more on his passion for investing into companies and entrepreneurs with the mission for improving quality of life.

Adil helped establish the Adi Family Office (AFO). Although it holds a wide variety of asset classes, the primary focus of the AFO is investing into and scaling companies in the sectors of Life Sciences and Emerging Technology such as Artificial Intelligence.  A few notable investments include Databricks, Omada Health, and EasyPost.

Adil has contributed directly to several causes focused on health, education, the arts and career advancement for the underprivileged. Adil set up the Adi Family Foundation (AFF) as a vehicle to advance these causes.

Adi resides in the Dallas-Fort Worth region of Texas, where he has lived since 1990. Adi has been married to his wife since 1992 and both of their sons are pursuing a career in professional golf. Adi has shared that his schedule is dedicated to “mentoring and supporting the next generation of aspiring entrepreneurs” throughout the world.