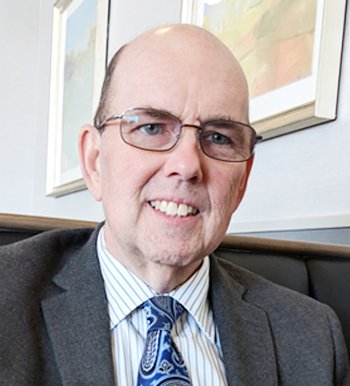 If 58-year-old Bob Umphred is anything, he is a fighter with a great outlook on life. In May of 2009, Bob was diagnosed with small intestinal mucinous adenocarcinoma. A portion of his small intestine was removed, and Bob needed no additional treatment at that time. He had regular follow-up appointments with his oncologist, Dr. Stone, for the next three years. Unfortunately, at the end of the three years, the cancer had come back.

Bob then went through two rounds of chemotherapy. Two small tumors were found during this time, which were surgically removed. The cancer, however, had metastasized to his lungs. Dr. Stone suggested Bob contact Mary Crowley Cancer Research to see if there were any good trial options for him. Bob met with Mary Crowley physician investigator Dr. Minal Barve in July 2014, who consulted with him about the clinical trials for which he would be eligible.

Bob’s cancer was unresponsive to the first trial he enrolled on, but he was not ready to give up yet. Bob enrolled onto a second trial, MC#13-04, which he has been on for three years now, and involves a daily dosing with an oral PI3K inhibitor (GDC-0032, aka Taselisib). He comes in to Mary Crowley every 28 days. He is considered to have stable disease per CT scans, and at this time he has not progressed on this study drug. Because he has minimal side effects, Bob continues to work full time and travels for business and for pleasure. When asked his impression of the staff at Mary Crowley, he said he felt welcomed and truly had a feeling of “caring.” Bob has 100% trust in his doctors at Texas Oncology and Mary Crowley.

Bob and his wife Sharon just celebrated their thirty-first anniversary. Sharon is a quilter and has even won ribbons at quilt shows. Bob works at Depository Trust and Clearing as an IT Manager. He is from Long Island, New York, and lived there for 49 years, when he transferred to Dallas for  work. He and Sharon have been in The Colony for the past nine  years and said they should have moved here a lot sooner! Bob and Sharon, together, have a 29-year-old son, and Sharon has a 45-year-old daughter from a previous marriage.

Bob prides himself for having taken only a couple of days of sick time since his first chemotherapy treatment in 2012. Bob is truly a FIGHTER!