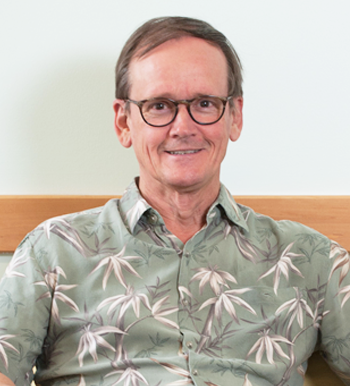 Mike Butler, age 59, is Senior Associate Dean of the AddRan College of Liberal Arts at Texas Christian University (TCU) in Ft. Worth, TX. He was diagnosed with colon cancer in the summer of 2011. But his story began as far back as 2000, when he started experiencing frequent diarrhea and rectal bleeding. Only 41 years old at the time, Mike’s physicians attributed his bleeding to hemorrhoids. Looking back, Mike believes it was the early stages of cancer.

Upon the recommendation from his primary physician to have a colonoscopy at age 50, his colon cancer was finally diagnosed in 2011. After surgery to remove the tumor, he was informed that the cancer was gone and there was no need for further treatment. However, in 2012, he started having pain in his right shoulder. A small spot on his liver was not detected during his colon surgery, and the pain was now the result of a rather large liver mass and progression of his cancer to his right lung.  In January 2013, physicians administered a direct injection of chemotherapy into his liver that encased the liver tumor and promoted tumor shrinkage before he underwent another surgery to remove the remaining tumor.

Still undergoing chemotherapy, he had his third surgery in July 2013 to remove a lobe of his right lung and more chemotherapy continuing into 2017. In July 2017, while visiting Scotland, he contracted pneumonia and because he was so short of breath, his wife Jessie wondered whether he would be able to make the return flight home. Upon his return, he received radiation treatments to his lung area but with little improvement.  Mike’s oncologist informed him he had no further treatment options and suggested he consider a clinical trial at Mary Crowley Cancer Research.

Mike visited Mary Crowley in September 2017 feeling little HOPE for a positive outcome and that it was his "last ditch effort.” He enrolled onto a combination small molecule and immunotherapy trial that promotes cancer cell death by removing the cancer shield that is inhibiting the immune system to fight the cancer. Right away there was good news: no side effects. Nine weeks later, he had more good news: his first scan showed some shrinkage of his tumor, and a few weeks later the second scan showed a decrease of 48%!

Mike recalls telling his wife on their 38th wedding anniversary that he might not live to celebrate their 40th. After learning of his positive response from the clinical trial, he and his wife are now planning a cruise in June 2019 to commemorate that 40th anniversary! Mike and Jessie have four grown children and two granddaughters. He enjoys watching sports, especially his beloved TCU Horned Frogs. The mascot is known for its fierce fighting spirit -- just like Mike has demonstrated in his fight against cancer. Way to go, Mike! 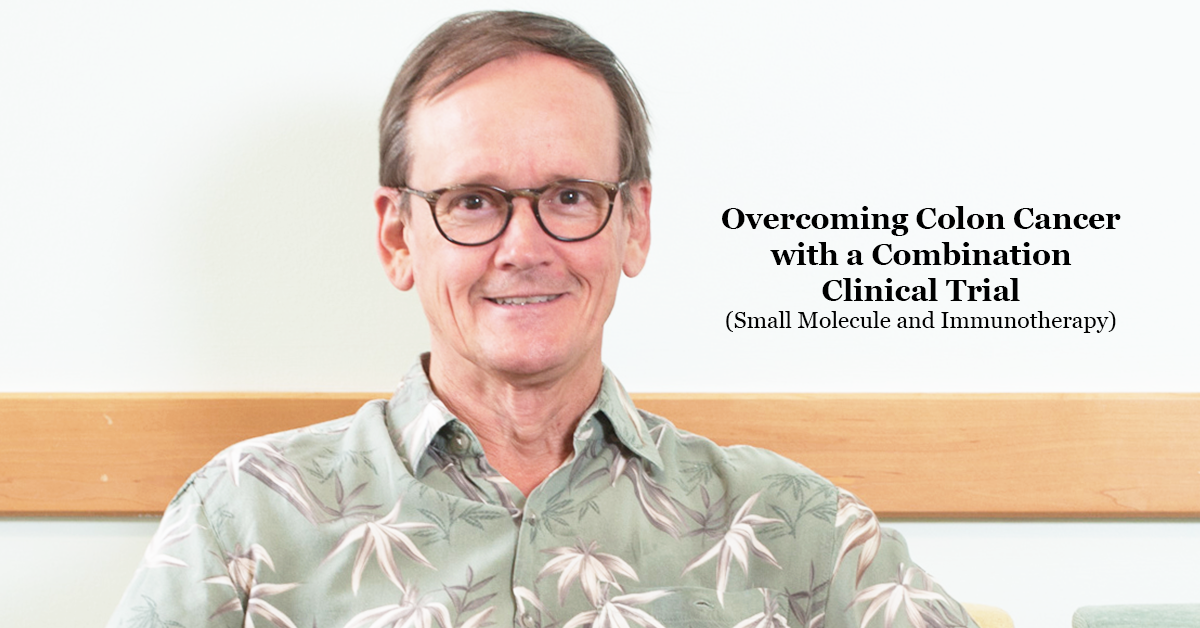