History of our Center 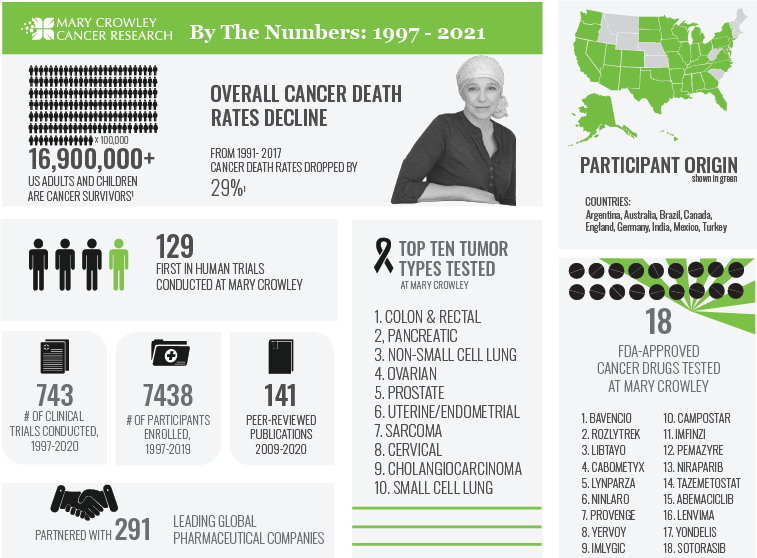 Dallas entrepreneur Mary C. Crowley founded Mary Crowley Cancer Research due to her fundamental belief that cancer patients needed access to better cancer treatments. The independent 501(c)3 non-profit center was established in 1997 to expand treatment options for adult cancer patients through the exploration of investigational vaccine, gene, and cellular therapies. Commencing clinical research with these novel approaches in the 1990s positioned Mary Crowley as a leader in what would later be known as personalized or precision medicine. Based in Dallas, Texas, the center was initially located in downtown Dallas on the campus of Baylor Medical Center.

Focused on reaching more cancer patients, Mary Crowley continued to expand its research program by establishing multiple satellite sites; sequentially opening in 10 locations throughout the U.S. In 2008, for patient convenience and stewardship of resources, the Dallas outpatient research site moved its location to north Dallas on the Medical City campus. In 2012, Mary Crowley initiated its Ewing’s Sarcoma Program for underserved adolescents and young adults. The research center, governed by an independent Board of Trustees, has consistently operated in compliance with FDA guidelines. Mary Crowley has conducted testing of investigational therapies from 291 pharmaceutical companies, and draws patients from throughout the U.S. and multiple countries to its Dallas location and two affiliate sites. 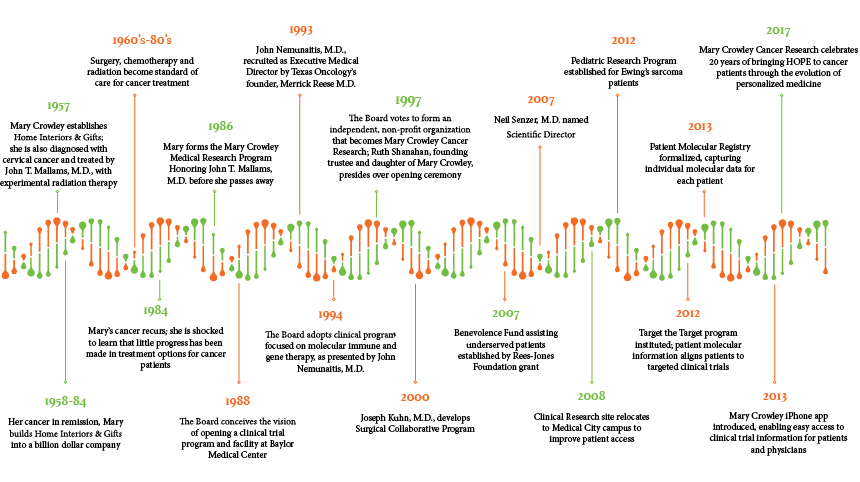 Mary C. Crowley impacted the lives of thousands through the wisdom and guidance she shared.  Her life’s mission was to honor God by blessing and serving others.

Mary was born in 1915 in Missouri.  She overcame tremendous obstacles as a young mother by moving to Dallas during the Great Depression with her two small children, Don and Ruth.

Determined to create a better life for herself and her family, Mary spent her days working and her evenings attending classes at Southern Methodist University.  With her incredible vision, leadership qualities, and sheer tenacity, Mary started Home Interiors and Gifts in 1957, which grew to become a multi-million-dollar corporation.

In 1957, Mary was diagnosed with cervical cancer.  She located John T. Mallams, a well-known physician and pioneer in radiation oncology, who treated her with an investigational drug.  Mary, with her positive attitude, was on the road to recovery in no time.  She was in remission for almost 27 years until her cancer recurred.

Mary was amazed and dismayed that little progress had been made in cancer treatment since her first diagnoses in 1957, so she decided to effect a fundamental change in cancer treatment, development, and patient access.  As a result, Mary Crowley Cancer Research, an independent 501(c)(3) non-profit, was established in 1997 to expand treatment options for all cancer patients through the exploration of investigational gene and cellular therapies.  This organization is an enduring tribute for the woman whose unshakable faith in God kept her invested in the lives of others. 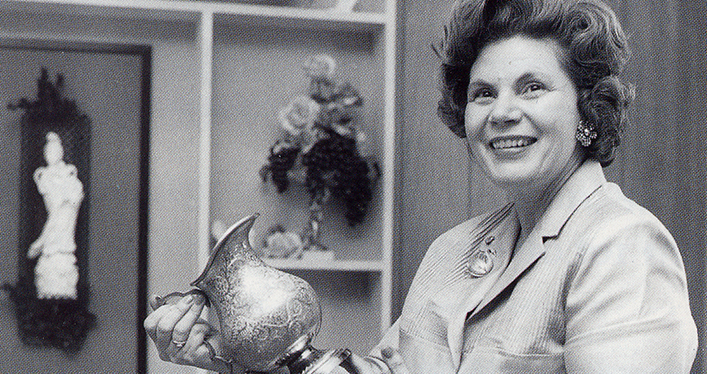 Over the span of her life, she traveled across the nation, training and counseling women on business practices and how to live as independent, Christian women.  Mary served on many boards, including the American Cancer Society, the Billy Graham Evangelistic Association, the Salvation Army Advisory Board, and the American Red Cross.

She also served as the first woman on the Dallas Chamber of Commerce.  A great friend of Mary’s, Ruth Graham, said, “Mary’s greatest joy in accumulating wealth was not to keep but to share with others.”  This resonates to this day as Mary C. Crowley’s legacy.